Instead of leaving as quickly as possible for work this morning, I spent some time in the kitchen making breakfast. I carried over two plates with hot food over to my dad’s house and we sat at his table for breakfast and coffee.

Camper and I left together for the office and she rode with her back legs on the back seat and her front legs on the armrest between the two front seats and her head on my arm.

It’s her version of riding shotgun and I pretty much love the snuggles.

While working in my office, I received a text message from a friend asking if I had lunch plans and how many staff members were working today. We usually have half of our staff working from home on Thursdays during the pandemic, so I told her I didn’t have lunch plans and there would only be 4-5 people at the church. Her reply made my day:

“Can I bring you Popeye’s spicy chicken sandwiches? ”

About 30 minutes later, I heard a car pull up behind the office building. Lunch had arrived.

While eating my delicious Popeye’s spicy chicken sandwich, I wrote next week’s family devotions—an online and printed resource we’ve been providing since not holding in-person church services. In one of the devotions, I told one of my favorite family stories…

When I was a kid, I saved up my money to get a puppy. She was a Brittany Spaniel and we named her Gretchen (weird name, I know). We took Gretchen to dog obedience classes and they said we needed to purchase a long leather leash. It was kind of expensive.

One day, when my sister was going to take Gretchen outside for a walk, she couldn’t find the leash. My parents asked all four of us kids who took the leash or left it somewhere. We all said it wasn’t us. Then we started blaming each other.

I was convinced my little sister did it. My parents seemed to think it was me. But nobody would confess. It was a mystery…

Today, we are inviting you to participate in receiving communion with your church family. Pastor Andy, along with Georgia Carlton and Sean Flaherty, will be leading us as we take the bread of life and the cup of the new covenant together.

I hope you will  gather your family to watch the video (if you have little ones who don’t have an attention span for the entire video, at least bring them in for the worship song and communion).

In our conversation, Sean Flaherty shares his story of loss and addiction and struggle to adjust to… END_OF_DOCUMENT_TOKEN_TO_BE_REPLACED

A young woman in our church has been volunteering quite a bit lately because the restaurant she works at is temporarily closed due to the pandemic. Today she arrived first thing in the morning and spent hours and hours into the afternoon organizing our Food Bank and putting together bags of groceries.

There’s a local writer who I enjoy following on Twitter… today she said:

“One thing you learn about in crisis is who cares about just themselves and who cares for others.

I’ve watched a church distributing Amazon Fresh donations to hundreds of low-income families this week. An unemployed friend donating food and PPE supplies to seniors. Meals delivered to a nurse. Lunch for a man with no family. Groceries sent to a home after a virus death.

Daily I’m amazed to see such acts of generosity and service, everywhere.”

I agree. Pressure reveals what’s really inside us.

And I am so thankful for those who are stepping up and offering themselves and their resources to make life a little better for others.

This past weekend, between the… END_OF_DOCUMENT_TOKEN_TO_BE_REPLACED

Back in those days, the church we attended was legalistic. The devil was lurking behind anything that sounded fun…… END_OF_DOCUMENT_TOKEN_TO_BE_REPLACED

In today’s podcast, little Kainoa shares the Easter story in his own words, our band opens with Coldplay’s Broken in the church lobby, Shannel reads John chapter 20 out in nature at sunrise, our teaching team members have a conversation about what Easter means, and our band leads Living Hope from the stage.

The cross is the eternal expression of the length to which God will go in order to restore broken community. —Rev. Dr. Martin Luther King Jr.

This was a good day. Maybe not a typical Saturday, but still… good. My dad has been in his new house next door for two nights now and we are in the beginning stages of establishing a new rhythm.

Tomorrow is Easter Sunday, and, of course it will be different.

I’m not 100% OK with that, but then again, I have no power to change these things. I am proud of what our church is doing. Years and years ago, I remember hearing Pastor Tommy Barnett talking about, “When you poke something, what does it bleed?”

Our church bleeds serving and giving… and something about that reminds me of Jesus.

We will have our Drive-Thru Food Bank tomorrow at 10am and 5pm. Groceries and toiletries and Easter baskets for kids will be handed out to anyone who comes through. And I know a good number of our church family will stop by with donations. 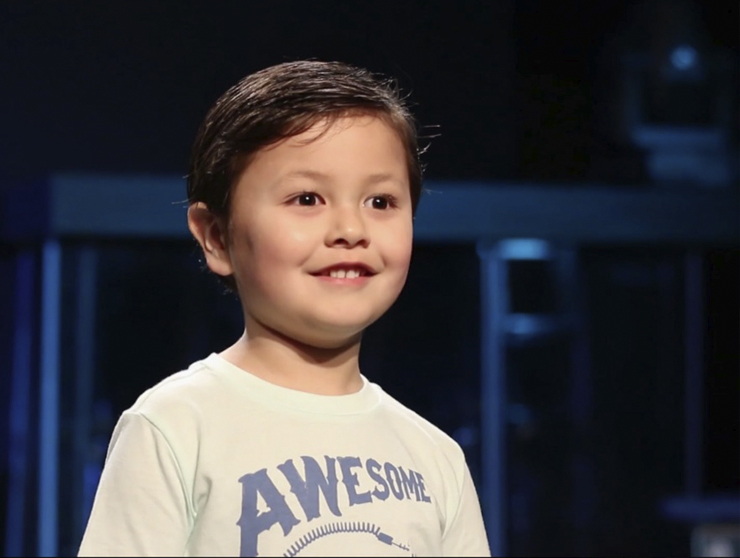 We also have a special Easter edition of our NWLife Weekly Conversation Video Podcast featuring some beautiful music performed by our band, and an Easter story summary told by one of our own kids—Kainoa, and an outdoor sunrise reading of John chapter 20 by Shannel, and a conversation among the teaching team about what Easter means to us. 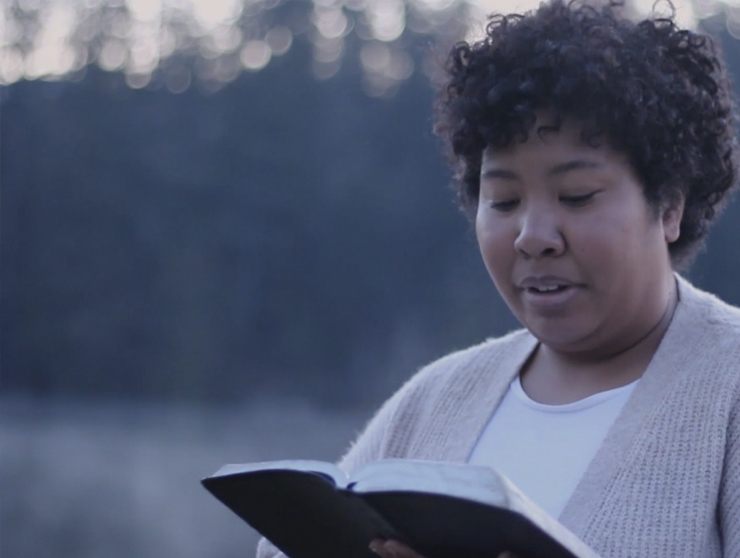 While my heart longs for a different kind of Easter Sunday, it is also at peace and fully satisfied with what we have managed to do as a church in these strange times.

I hope you will join us, either in person or online, tomorrow for the most unique Easter of our lifetime.

An Easter Prayer by… END_OF_DOCUMENT_TOKEN_TO_BE_REPLACED

It was supposed to be our annual Kid’s Spring Sing at church today.

And last week was supposed to be our annual Miracle Offering for new outreach projects.

And next week was supposed to be Easter Sunday with Krispy Kreme donuts for everyone and an Easter egg dash for all the kids.

But here we are, in a global pandemic.

We are on pause. We are on hold. We are a little bit locked down.

Of course, we’re not in a complete lock down. And for that I am thankful. 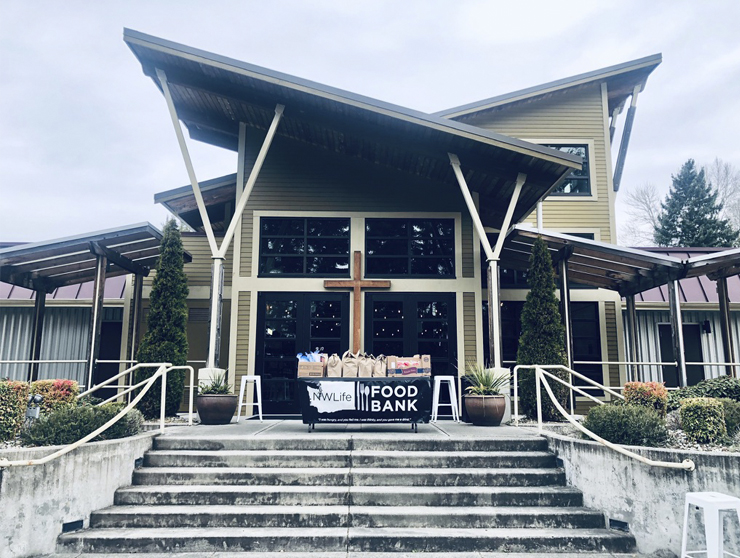 We went through a lot of groceries and toiletries and kid’s activity packs.

Someone came through and told us they weren’t… END_OF_DOCUMENT_TOKEN_TO_BE_REPLACED

Today’s theme: In This Together.

We’re in this together. As Pastor and author Brian Zahnd has said, “We like to tell ourselves that we are rugged individualists, that we make our own way in this world, that we are an island set apart and immune to the unexpected and inexplicable changes of life, but all it takes is a tiny fragment of genetic material to remind us of the truth: We’re all in this together.”

We all find ourselves in this unprecedented situation, none of us have experienced anything quite like it before. It is unknown territory. In today’s video podcast, Pastor Angela and I listen to Suan sharing his story of escaping Burma and traveling a long and difficult road to the United States.

Most of us know Suan as the… END_OF_DOCUMENT_TOKEN_TO_BE_REPLACED

Today’s theme: The Situation is Fluid.

We find encouragement when we open up our lives to listen and to share with one another the very real things we are feeling and experiencing. This is what what we witness as Pastor Andy, Pastor Angela, and Leslie spend some time in conversation together, sharing about what the situation is fluid means to them.

“Who knows at what moment we may begin to wake up to the astonishing fact that Immanuel (God with Us) is still God’s name, and that every moment the Word of God, Jesus Christ, is coming to us.”

At the end of today’s video podcast, Pastor Kyle shares a brand new song he’s written called, Him Who Loves Us. Let this song wash over you like a prayer today!

Find rest in Him who loves us

Is life too heavy, for you to carry

Find strength in Him who loves us