What follows is the manuscript of my sermon – the first in a new series entitled, “Stretchy, Not Sketchy: Honest Conversations About Faith,” in which I attempt to make the case for a vibrant, living, growing faith that is flexible rather than being fundamentalist (rigid, inflexible). The video of the sermon is also available to watch online here.

Finally – after an entire Summer in the Psalms, we have arrived in a new series!

The title of my sermon today is, “Dancing In the Wind.”

Have you been watching footage from the gulf coast of Florida?

Our family vacationed there a year ago in Saint Petersburg. 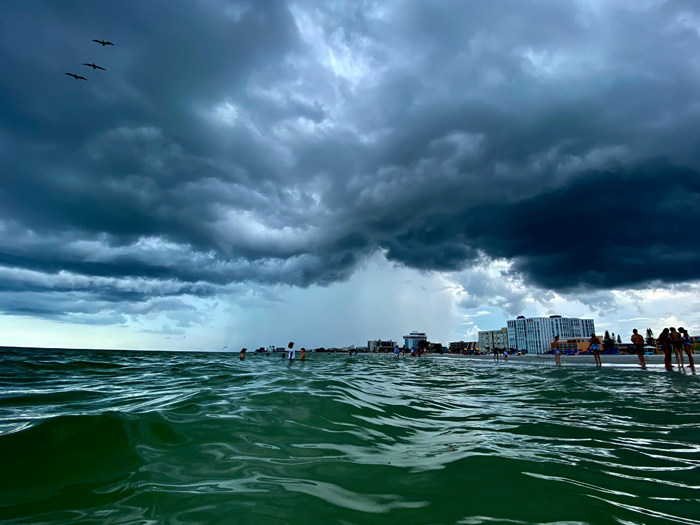 We had a little thunder-and-lightening rain storm that lasted a couple of hours—it was beautiful and spectacular and completely innocuous—fun to watch, no harm, no foul.

But what we see from Hurricane Ian is, in many places, devastatingly destructive. 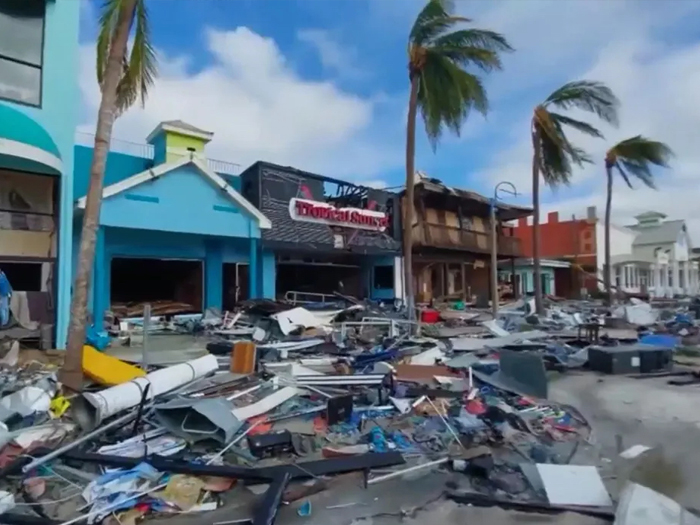 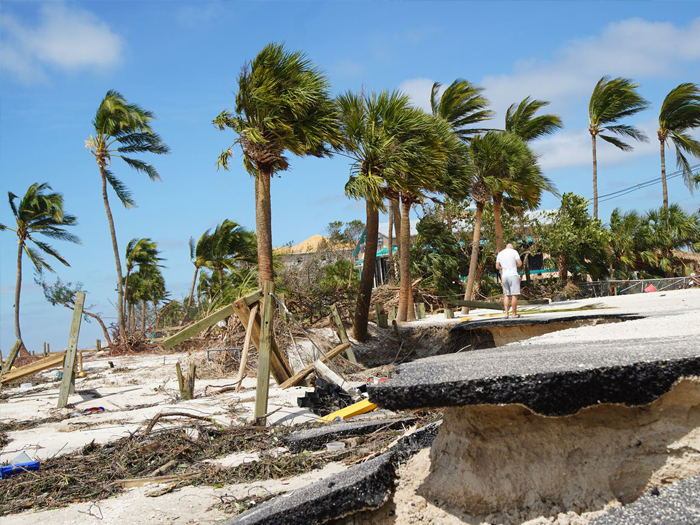 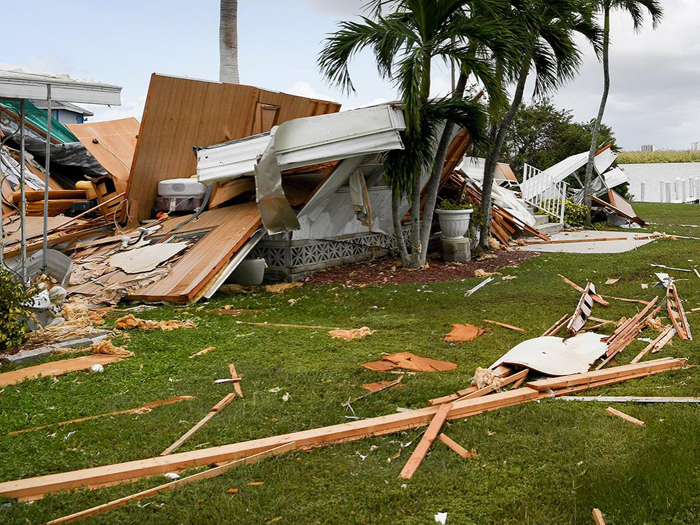 Something that struck me was how often the palm trees remained in place, just looking like their hair had been tousled a bit. They had been dancing in the wind, created to withstand hurricanes and storm surge flooding.

One that bends, but does not break. One that is flexible, rather than fragile. One that is planted, rooted, and established. One what can withstand the floods and winds of our time without snapping or worse, dying.

In fact, we see this word picture used in Scripture repeatedly. I think of the first chapter of the book of Psalms which says, God’s people are to be like…

They are like trees planted by streams of water, which yield their fruit in its season, and their leaves do not wither. In everything, they thrive. (Psalm 1.3)

Art Clokey, the American pioneer in the popularization of stop-motion clay animation is best known as the creator of the character Gumby and… END_OF_DOCUMENT_TOKEN_TO_BE_REPLACED

We sold our big 3,000sf home of 10 years in the neighborhood where Ashah grew up

We gave away most of our furniture

I gave away 3/4 of my clothing

My dad started having memory problems

The main level of our house had no walls, no insulation, no lights, etc. for a while

We had no kitchen, no way to prepare food at home other than with a microwave

We sold our rental house

We decided to close our Kent campus after some significant setbacks – the youth pastor left to work at another church and took much of the band and our workforce with him; at the same time, an elder/pastor left because of a pending divorce

The church I grew up in, now a multi-site megachurch in our community, hired our youth pastor without any prior contact or conversation with me. Our youth pastor left to work at one of their campuses and took… END_OF_DOCUMENT_TOKEN_TO_BE_REPLACED

This past weekend my friends threw a book release party for me. It was fun and full of surprises. I was interviewed about the book, my mom read a selection, and so did I. Everything was perfect – the music, the food, and the decorations. Such a great night!

And the people there were amazing.

Today is Ashah Joy Elizabeth’s 13th birthday… so here are 13 things I am learning in my 13 years of being Ashah’s Daddy:

Today is our 21 year anniversary. Yup. 21 years ago, I was 21 years old (and Shari was 22). We had a Friday night wedding – on a budget (which means we had cake at the reception, but not a meal). We were young, in love, and ready to begin our life together. 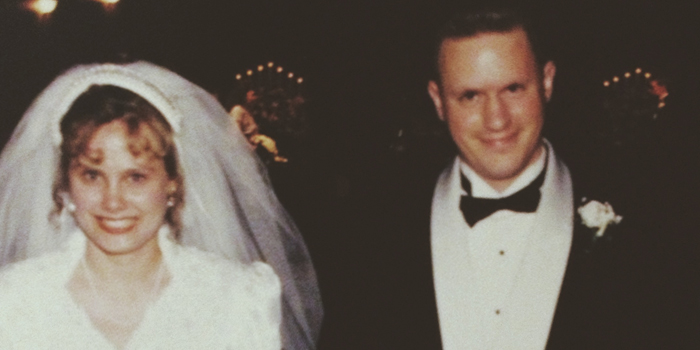 Because I’m a pastor, I pretty regularly get followed on Twitter by other Christian leaders (that I don’t know) from all over the place. And for some reason, I receive a weekly e-mail from Twitter showing me these new followers – along with their profile picture and Twitter bio.

Dang. That’s incredible. How do you do all that stuff?

And thanks for reminding me that I suck.

There’s a back entrance to the office building at my church – and it leads right to my office, so it’s the primary one I use. I’m pretty sure I use that specific entrance more than anyone else does.

Recently I’ve noticed a growing supply of cigarette butts just outside my door.

It makes sense. It’s probably the best location for smoking on our campus – it’s private, it’s covered, it’s sheltered from the wind, and there are some nice steps for sitting down on. I’m not surprised about the collection of cigarette butts there…

And although I am not surprised, I am bothered by it. Not because I’m concerned about smoking being a sin or bad for your health or whatever.

I’m bothered because every time I walk by them, my first reaction is to wonder if anyone thinks I’M THE ONE SMOKING… END_OF_DOCUMENT_TOKEN_TO_BE_REPLACED

Patriarchy has been around forever – and it is still here today.

Patriarchy is… social organization marked by the supremacy of the father in the clan or family, the legal dependence of wives and children, and the reckoning of descent and inheritance in the male line; control by men of a disproportionately large share of power.

Or basically, “The dudes make all the important decisions, and the women quietly submit to them.”

Of course, much has changed in Western society – but around the world and within the church, many (dudes) are still clinging to patriarchy. In the news this week a story of 100+ school girls being kidnapped by Islamic extremists in Nigeria is a jarring reminder of what’s at the heart of patriarchy… END_OF_DOCUMENT_TOKEN_TO_BE_REPLACED

I recently walked in to the office and saw a friend of mine sitting there. She looked a little different – I noticed that she was wearing mascara. I pointed to my eyes and said, “What’s this? You have a new look.”

She looked a little embarrassed and said, “Oh, some friends suggested that I try it. I’m not a girl, so I never wear makeup.”

I said, “I understand completely. I’m not a man either. I don’t hunt or fish and I like to cook and decorate and make art…”

We laughed together, a couple of misfits. Then I told her she looked nice.

My “I’m not a man” statement is something that I do feel. I am a man, yes. But the overly exaggerated stereotype of what it means… END_OF_DOCUMENT_TOKEN_TO_BE_REPLACED

I started thinking about this last week when I read a post by John Blase about his attempts to energize the small country church he pastored right after graduating from seminary. Here’s a quote from that post… END_OF_DOCUMENT_TOKEN_TO_BE_REPLACED