I have a confession to make: I don’t know much about homelessness.

The truth is, I can tell you a lot more about suburban, middle-class life – based on my own personal experience… things like where the closest Trader Joe’s is and how annoying Comcast is (did you hear the latest from Apple – how they’re going to offer web TV service this Fall?).

Do you need to know where to find an honest, reasonably-priced mechanic for your car? I can tell you about that.

Do you want an opinion on MOD Pizza? I definitely have one to share with you.

But when it comes to homelessness, I only “know” what I’ve heard… and that’s pretty much all a bunch of second-hand, questionable information. For example, I’ve heard about the guy who walked around the corner from the intersection where he’d been holding up a cardboard sign – and unlocked his Mercedes and drove off. And I’ve heard about how much money panhandlers make – “more than if they held down a real job.”

This second-hand information is sticky and makes an impression, but I wonder if it’s any more reliable than Anthony Crispino’s reporting on Saturday Night Live.

Anthony Crispino is a recurring character on SNL played by Bobby Moynihan. He serves as Weekend Update’s “second-hand news” reporter who speaks with a New Jersey accent and usually wrinkles his nose while talking. He is a regular suburban Italian-American guy, presumably from New Jersey, who repeats news from unreliable sources, like his cousins and friends.

For example, Crispino reported what he had heard about “The Protestants trying to occupy Walgreens because they want 99% off.”

His information was just a little bit off. The real story was actually about protestors occupying Wall Street.

When it comes to the subject of homelessness, I wonder how many of us are speaking as boldly, confidently, and erroneously as Anthony Crispino does – based on what we’ve heard from our friends and family members.

If I’m being really honest, I don’t have a number of personal friends or family members who are homeless. I’ve never been homeless myself. I don’t have an education or training in working with the issues that homeless people are facing.

Basically, I’m acknowledging that the information I’ve been given about homelessness is probably bad. Anthony Crispino bad.

If PEOPLE MATTER PERIOD, their stories must matter too. Making assumptions and judgments about an entire group of people based on what we’ve heard or think we know is simply wrong. And when people are reduced to a single story, dignity is stripped away and they are painted as a caricature. Notice the definition of caricature: “A picture, description, or imitation of a person or thing in which certain striking characteristics are exaggerated in order to create a comic or grotesque effect.”

Interesting. Caricaturizing creates a comic or grotesque effect – to make people laugh at or be disgusted with the caricature. That’s what a single story does. It elevates the single-story teller, while diminishing the object of the single story.

I’m sure I have plenty of Anthony Crispino moments – reporting on news that I heard from so-and-so about somethin-somethin… but I do not want to be a second-hand news reporter about PEOPLE.

I don’t want to be a second-hand news reporter about homeless people. Why? Because PEOPLE MATTER. PERIOD.

One of the ways we make people matter (to ourselves) is by listening to their stories. Here are two videos that give homeless people the opportunity to share their stories…

1. Rethink Homelessness (an organization in Central Florida) asked their homeless friends to write down a fact about themselves that others wouldn’t know just by walking past them. Their answers may surprise you. 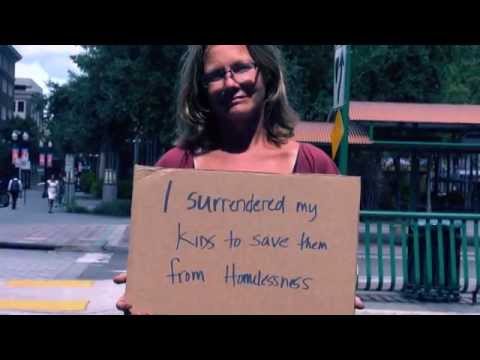 2. Time To Listen is a 14-minute video created by my friend Loran Lichty – it shares the personal stories of six individuals who are homeless. 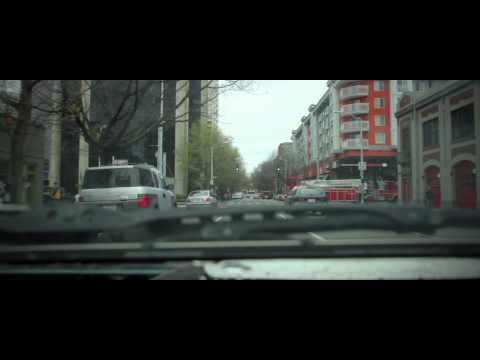 There’s a 7-year-old girl at my church – Michaelah – who has a heart to do something for the homeless in our area. Her mom is stepping out in faith to make this vision come alive. Using some resources from the NWLife Food Bank, they are planning to take meals to people living in Tent City this Sunday. If you’d like to help, send Jess Cody a message on Facebook.