That’s exactly what the life and death and resurrection of Jesus shows us.

For God so loved. He gave. Who does He love? The world. Everyone. All people.

When I was in 8th grade, I was going through a rough time. I’d started using drugs. I was struggling at school and at home with my family.

There was a youth leader at my church named Troy Jones. He went out of his way for me. Once a week, he picked me and my friend Pat up from school.
He bought us Big Gulps at the 7-11 in Skyway. Then we went to the Cedar River Trail in Renton together. We walked and we talked.

He made a difference in my life.

I mattered to him – and because of that, I discovered how much I matter to God.

When I was in 8th grade, Troy Jones made me matter.

The truth is, I wouldn’t be who I am or what I am today if it hadn’t been for someone like Troy Jones in my life.

There is a story in the Gospel of John about Jesus making someone matter. We often refer to this someone as “the woman at the well.” She was a Samaritan – someone who lived in the region of Samaria.

Now for Jesus to even go to Samaria and then speak to a Samaritan woman was a BIG STINKIN DEAL. Why? Because the Jews (Jesus was Jewish) hated the Samaritans. The Jews worshiped at their temple in Jerusalem. The Samaritans had built their own temple in Samaria – where they worshiped (differently). The Samaritans only believed in the first 5 books of the Old Testament.

It would be hard to over emphasize how much these groups despised each other. The Jews believed the Samaritans were wrong, evil, perverted, not really human – not actually PEOPLE. In fact, at one point when the Jews became offended at what Jesus was teaching, they called him a “Samaritan Devil.”

So, in John chapter 4, when Jesus decides he MUST go through Samaria, it’s a big stinkin’ deal. In fact, verse 4 of this chapter says Jesus “HAD TO GO THROUGH SAMARIA.” Some of the older translations use the expression:

“It behooved him to go through Samaria.”

Behoove means: “A duty or responsibility for someone to do something; something appropriate or suitable; something beneficial.”

Now, going through Samaria did not behoove most Jewish people. It was not a duty they accepted. It was not seen as appropriate or suitable or beneficial.

In fact, the Jews would regularly choose a longer route, simply to avoid travel through Samaria.

But it behooved Jesus to go there. He just had to go through Samaria.

At the hottest point of the day, Jesus approached a well.

There was a woman there – getting water. We know a few things about her…

She’s a Samaritan. She’s a woman. She’s there during the hottest part of the day when no other women gather at the well – because she’s a pariah, an outcast – despised and rejected by even her own people. She has a reputation, and it’s not a good one – if you know what I mean.

During her conversation with Jesus, we learn that she has been married 5 times and is currently living with guy who isn’t her husband. Her favorite song, apparently, was Oops, I Did It Again.

This woman was not seen as a human by her own people, the Samaritans – and certainly not by the Jews. She was something else…

To be scorned, maybe. To be feared, probably. To be ignored and avoided, certainly.

But to look her in the eyes, and give worth and value? To see her as a PERSON WHO MATTERS? Hell, no. That’s one thing both the Jews and Samaritans could agree on.

Except Jesus always has to turn things upside down.

The woman was surprised that a Jew would ask a “despised Samaritan” for anything—usually they wouldn’t even speak to them! And she remarked about this to Jesus. —John 4.9

This woman, let’s call her Sami, has 3 strikes against her…

So she had 3 strikes against her – and had already been rejected by everyone.

It’s 3 strikes and you’re out… except that’s not the way of Jesus.

To Him, she mattered. His life, death, and resurrection was for her. Because she matters.

NOTE: The picture above is of the painting Christ and the Samaritan by Henryk Siemiradzki. This post is an excerpt from my message at NWLife’s “Vision Day.” People Matter Period hoodies, T-shirts, and V-necks are available on the NWLife website: nwlifechurch.com/store 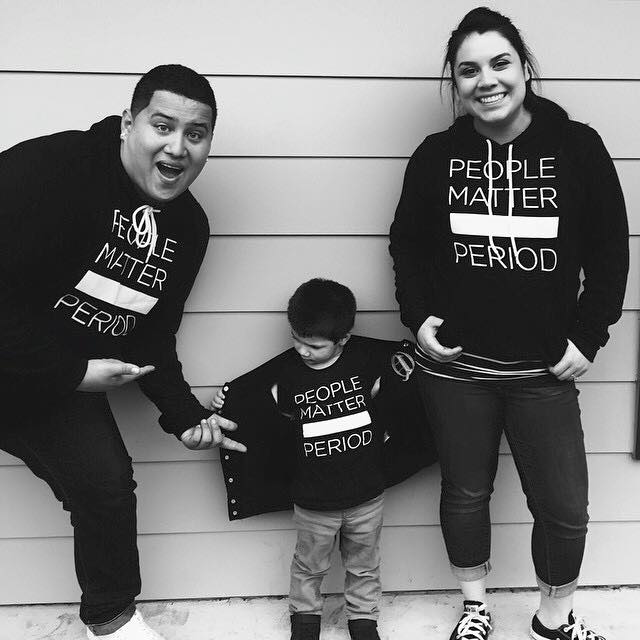