I wouldn’t want to live in a world without women.

Without women, the world would be a (more) smelly, messy, harsh, and violent place.

I recently walked in to the office and saw a friend of mine sitting there. She looked a little different – I noticed that she was wearing mascara. I pointed to my eyes and said, “What’s this? You have a new look.”

She looked a little embarrassed and said, “Oh, some friends suggested that I try it. I’m not a girl, so I never wear makeup.”

I said, “I understand completely. I’m not a man either. I don’t hunt or fish and I like to cook and decorate and make art…”

We laughed together, a couple of misfits. Then I told her she looked nice.

My “I’m not a man” statement is something that I do feel. I am a man, yes. But the overly exaggerated stereotype of what it means… END_OF_DOCUMENT_TOKEN_TO_BE_REPLACED

In today’s Leadership Bites (6 minute leadership podcast), Andy and I talk about how I’m pretty awkward… but even I know not to do these 5 things… END_OF_DOCUMENT_TOKEN_TO_BE_REPLACED

Each week, I like to share what I enjoyed around the web… So, here’s the goods for you:

They got me thinking about those (often annoying) churchy phrases we use. Listen in on this 6 minute leadership podcast as Andy Jones & I talk about some churchy phrases we should consider changing or eliminating… END_OF_DOCUMENT_TOKEN_TO_BE_REPLACED

I went from attending a private Christian school to a public middle school in the 8th grade.

Suddenly I was the “new kid” at school.

I didn’t already have friends at my new school—I didn’t know people there (yet).

Soon, some pot-smoking skateboarders welcomed me, included me, and wanted me to be part of their group.

Your church is better than mine

And I’m good with that.

To me, better isn’t the issue anyway. We’re different. I think we should be.

My church doesn’t do everything well, and it can’t.

Our family watched most of the Summer Olympics opening ceremonies held in London.

Since we’re big Mr. Bean fans, his cameo was our favorite part.

I’m not sure if you know this or not…

Mr. Bean has also made an appearance at church.

I’ve included a portion of the video below… END_OF_DOCUMENT_TOKEN_TO_BE_REPLACED

Shaking, moaning, crunching, roaring, shrieking, interpretive dancing—and the list goes on and on.

Generally speaking, whoever was participating in the weirdness really seemed to enjoy themselves.

It was good for them and they got their jollies from it.

But it didn’t produce new life…

People who don’t know Jesus weren’t being drawn to Him as a result of the antics.

In fact, it had the opposite effect.

It scared them, repelled them, and confirmed what they were already thinking: “this isn’t for me.”

Here’s what I mean: you had a good time and it felt good—but no new life came about as a result of the activity.

You got your jollies off and you spilled your seed.

The Bible actually talks about this.

A woman named Tamar had a husband who died before they were able to have children together. According to Jewish law, her husband’s brother should marry her and give her children. Onan (the brother-in-law) married her and slept with her, BUT…

“Onan was not willing to have a child who would not be his own heir. So whenever he had intercourse with her, he spilled the semen on the ground. This prevented her from having a child…” (Genesis 38.9)

Onan was a selfish jerk—he got his jollies off and spilled his seed.

He had a good time, but he also prevented the possibility of new life.

And God was extremely displeased with Onan… 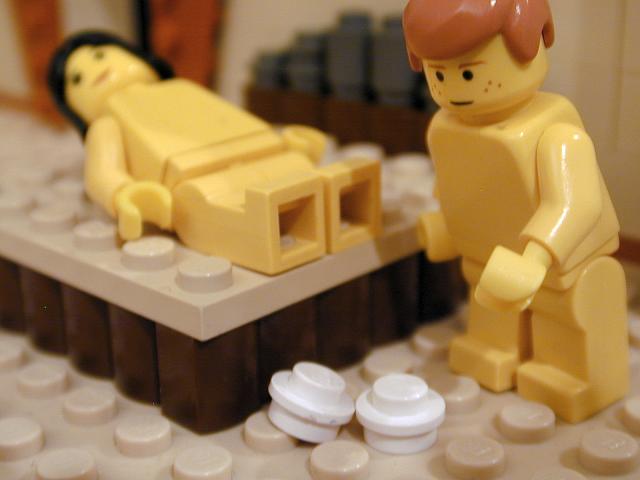 Think about it: churches that are full of Onans will cease to exist.

It’s not about “what feels good to me” or experiencing some kind of spiritual ecstasy.

I want to be a life-producer.

—Consider this evidence (or fruit) of the Holy Spirit’s activity in our lives:

Not everyone makes it over.

Some prefer the safety of the familiar—Rueben, Gad and the half-tribe of Manasseh chose to live on the East side of the Jordan rather than crossing over into the Promised Land.

Some want to go back.

Some find a new direction and go that way.

The point is—not everyone makes it over.

This happens in church life too.

We’re not where we used to be and we haven’t arrived… we’re somewhere in between.

We’re in this place of the “crossover.”

The crossover speaks of moving forward, advancing, following God and reaching out for what’s ahead.

It’s a place of adventure and new experiences.

And, not everyone makes it over.

Some prefer the safety of the familiar.

Some want to go back.

Some find a new direction and go that way.

At our church, we believe “There’s Grace For That.”

From a Kingdom perspective, it’s not a loss. We’re all still part of the same big Kingdom.

Of course we’re excited about what God is doing here in this place.

We believe our greatest days are still before us.

We want everyone to join us on the journey…

Yet we know, not everyone makes it over.

And we’re OK with that.