Our family watched most of the Summer Olympics opening ceremonies held in London.

Since we’re big Mr. Bean fans, his cameo was our favorite part.

I’m not sure if you know this or not…

Mr. Bean has also made an appearance at church.

I’ve included a portion of the video below.

Besides Mr. Bean, I love watching the face of Mr. Sprout—the man sitting next to Mr. Bean in church.

He has an air of superiority about him. His facial expressions include disgust, disdain, and disapproval towards Mr. Bean.

Attitudes like those in the church are stink bombs.

And they need to be disarmed.

Maybe the opposite of “the blessings” would be “the stink bombs”.

Here’s one translation’s version of the first beatitude:

“Blessed are those who are poor at being spiritual, for the kingdom of heaven is well-suited for ordinary people.”

Interesting. Now let’s flip it around…

“Those who think they are religious superstars stink. God isn’t impressed with how well you can do religion.”

Our goal isn’t to get really good at being Christians—to become experts or pros.

When we get good at Christianity, we need Jesus less and less.

Our goal is to constantly recognize our need of Him. 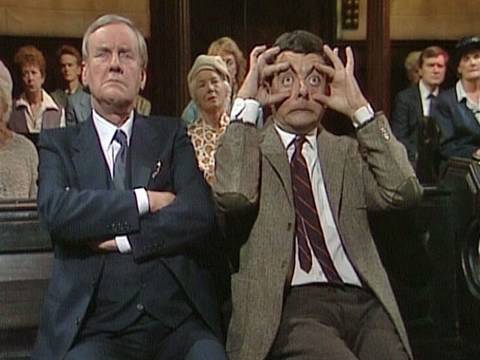 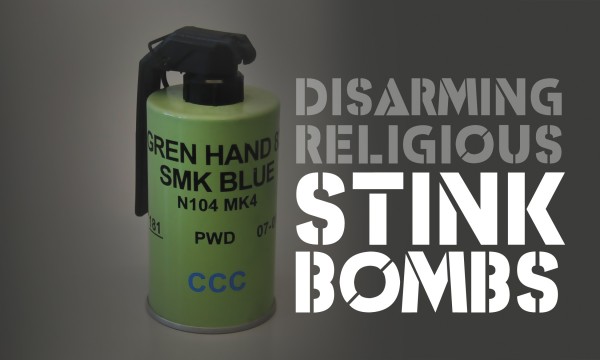