On Sundays, I like to give a shout out and share something (generally a blog post, story, or video) that spoke to me. The piece I want to share today is by Parker Palmer… 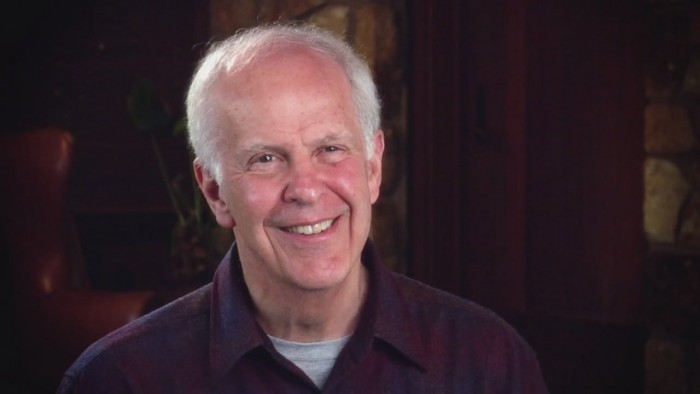 When my mother went into a nursing home not long before she died, my wife and I were told that, for a modest increase in the monthly fee, the staff would provide a few extra services to improve her quality of life. We gladly paid, grateful that we could afford it.

Now in our mid-seventies, my wife and I have no imminent need for assisted living or nursing care. But the house we live in is, by definition, a two-person residential facility for the aging. Here at what we fondly call The Home, it’s not uncommon for one of us to try “improve” the other’s quality of life by offering “extra services.”

Unfortunately, those services often take the form of advice.

A few years ago, my wife gave me some advice that struck me as — how shall I say? — superfluous. Remembering our experience with my mother, I said, “Could I pay a little less this month?” To this day, that line gives us a chance to laugh instead of getting defensive when one of us attempts, as both of us do now and then, to give the other unsolicited and unwanted “help.”

Advice-giving comes naturally to our species, and is mostly done with good intent. But in my experience, the driver behind a lot of advice has as much to do with self-interest as interest in the other’s needs — and some advice can end up doing more harm than good.

Last week I got a call from a man who’d recently been diagnosed with terminal cancer. He’d emailed his bad news to a few family members and friends, one of whom had come over right away. “How are you feeling?” his friend asked. “Well, as I said in my email, I’m feeling amazingly at peace with all this. I’m not worried about what lies ahead.”

The friend replied, “Look, you need to get a second opinion. At the same time, you should start exploring complementary medicine. You should also sign up for a meditation program, and I know a good book that can get you started down that path.”

I asked my caller how that response had made him feel. “I’m sure my friend meant well,” he said, “but his advice left me less at peace.”

I told him I’d have felt the same way, and offered this image: Imagine that I need support with a serious problem, when along comes a guy with advanced CPR certification. He’s so eager to show off his skills that he isn’t able to hear my true need. Instead, he starts administering chest compressions and “rescue breathing,” even though I’m perfectly able to breathe for myself. Now I have another big problem as I try to fight off the “helper” who’s smothering me.

I asked my caller how he would have felt if his friend had simply said, “How great that you’re at peace! Tell me more.” “That would have been wonderful,” he replied. “But everyone I talked to had advice for me, including a relative who said I needed to join her church before it was too late.”

I asked how he’d been feeling recently — he said he’d been feeling afraid. “Do you want to talk about your fear?”, I asked. He talked while I listened and asked a few more questions. When we were done, he told me that some measure of peace had returned. It was a peace that had come from within him, not from anything I’d said. I’d simply helped clear some rubble that blocked his access to his own soul.

My misgivings about advice began with my first experience of clinical depression thirty-five years ago. The people who tried to support me had good intentions.

But, for the most part, what they did left me feeling more depressed.

Some went for the nature cure: “Why don’t you get outside and enjoy the sunshine and fresh air? Everything is blooming and it’s such a beautiful day!” When you’re depressed, you know intellectually that it’s beautiful out there. But you can’t feel a bit of that beauty because your feelings are dead — and being reminded of that gap is depressing.

Other would-be helpers tried to spruce up my self-image: “Why so down on yourself? You’ve helped so many people.” But when you’re depressed, the only voice you can hear is one that tells you that you’re a worthless fraud. Those compliments deepened my depression by making me feel that I’d defrauded yet another person: “If he knew what a worm I am, he’d never speak to me again.”

Here’s the deal. The human soul doesn’t want to be advised or fixed or saved. It simply wants to be…

Tags: depression, Mary Oliver, NPR, On Being, Parker Palmer
Homepage » Guest Posts » Sunday Shout Out: Parker Palmer On The Gift Of Presence & The Perils Of Advice

1 Comment to Sunday Shout Out: Parker Palmer On The Gift Of Presence & The Perils Of Advice