God has entrusted the Church to keep the soul of childhood alive, to safeguard our candor and freshness… Joy is the gift of the Church, whatever joy is possible for this sad world to share… What would it profit you even to create life itself, when you have lost all sense of what life really is? —Georges Bernanos, The Diary of a Country Priest

Sunday is NWLife’s annual Toy Give. Over 500 presents will be wrapped, labeled, and stacked. Hundreds of kids in our community will receive a gift at the party… and there will be prizes, a dancing panda, food, pictures with Santa and Mrs. Claus, and a few surprises too. It’s one of those events that makes your face hurt because you smile so much. 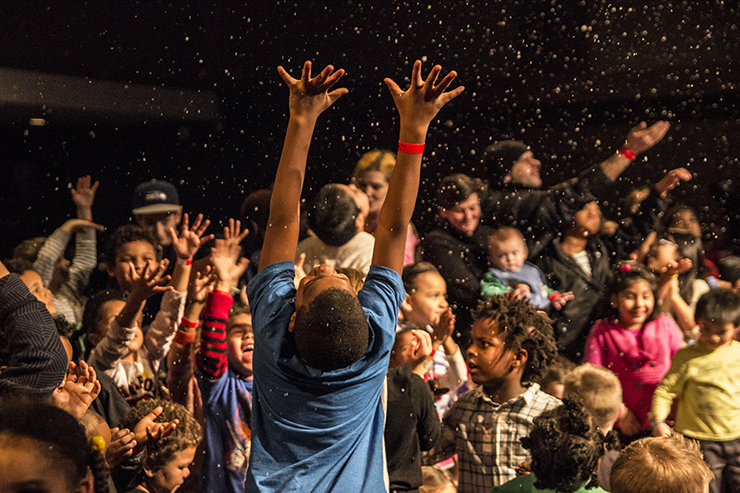 The Toy Give is a lot of work and we put out the call for “all hands on deck.”

We give and serve in various capacities—and at the end of the night we are all janitors… stacking chairs, vacuuming floors, taking out the trash, cleaning bathrooms, etc.

Today is a little different—rather than sharing from one of my favorite Lent devotional books, I will be sharing what I fondly call a tweetstorm. This one is courtesy of Sarah Bessey.

If you would’ve told me 10 years ago I’d be a straight-up devoted church lady, I’d have laughed in your face.

I was emancipated from church – who needs church? Apparently I did and I do and I always will. Look at all the ways God will surprise us.

One of the most important and doggedly hopeful things we have done as a family is to intentionally, simply, steadily stay put with our church.

Community is not the work of magicians or salesmen or brand ambassadors or performers or instant-wish-granters.

…you cycle through seasons of rich reward and seasons of seeming emptiness, seasons of work and waiting.

Simone Weil said, “To be rooted is perhaps the most important and the least recognized need of the human soul.”

We experience on a daily basis what it means to… END_OF_DOCUMENT_TOKEN_TO_BE_REPLACED

*pictured above: some of my favorite ladies at church hanging out and catching up with each other

True unity cannot be achieved in a family or community which denies difference, and behaves as if everyone should be the same and think in the same way.

Unity is achieved when each member of the body is different and contributes a different gift, but all are united around the same goal by mutual love.

There are schools and institutions which develop our minds, but communities and families are the schools of… END_OF_DOCUMENT_TOKEN_TO_BE_REPLACED

When the world seems particularly chaotic, crazy, paranoid, hateful, fearful, or just too noisy, I need the gentle voice of a great-great-grandfather-type. My go-to in these times is Jean Vanier.

We have to remind ourselves constantly that we are not saviors.

We are simply a tiny sign, among thousands of others, that love is possible, that the world is not condemned to a struggle between oppressors and oppressed, that class and racial warfare is not inevitable.

We are a sign that there is hope, because we… END_OF_DOCUMENT_TOKEN_TO_BE_REPLACED 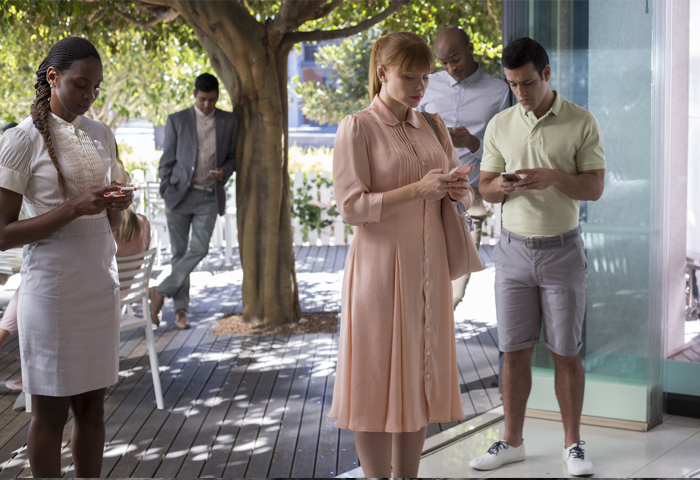 We are taking the time to see the image they are projecting, the costume they are wearing, and we accept them—as they are. I believe this shouldn’t happen only on October 31. And I believe it shouldn’t only happen with… END_OF_DOCUMENT_TOKEN_TO_BE_REPLACED

My daughter recently had an assignment at school: to write a paper about her family of origin, her culture, and/or traditions that have shaped who she is. I’d like to share a small section from her paper:

Another tradition from both my mom and dad’s childhood is going to church every Sunday; this has been part of my growing up experience as well.

My mom and dad are both pastors, so I was born into this culture of praying and going to church, and it is something I am very passionate about.

I essentially grew up in the church. Some might say church is a restrictive and limiting environment, but I have discovered… END_OF_DOCUMENT_TOKEN_TO_BE_REPLACED

To welcome is one of the signs of true human and Christian maturity.

It is not only to open one’s door and one’s home to someone. It is to give space to someone in one’s heart, space for that person to be and to grow; space where the person knows that he or she is accepted just as they are, with their wounds and their gifts.

That implies the existence of a quiet and peaceful place in the heart where people can find a resting place. If the heart is not peaceful, it cannot welcome.

* [I want to add a little note here on the subject of having a peaceful heart: Plato suggested a metaphor for the mind—that our ideas are like birds fluttering around in our brains... but in order for the birds to ever settle, we need periods of calm and quiet, solitude and reflection.]

To welcome is to be open to reality as it is, with the least possible filtering.

I have discovered that I have many filters within my own self where I select and modify the reality I want to welcome: the reality of the world, of people, of God and of the Word of God. I select what pleases me, boosts my ego and gives me a sense of worth. I reject that which causes inner pain or disturbance or a feeling of helplessness; that which may bring up guilt feelings or anger or a broken sexuality. We all have filters created from our… END_OF_DOCUMENT_TOKEN_TO_BE_REPLACED

note: pictured above – a single-lane road on the Isle of Mull

Two of my favorite authors – Jean Vanier and Stanley Hauerwas – collaborated on a book together: Living Gently in a Violent World—The Prophetic Witness of Weakness. While talking about the need for community, Hauerwas says…

I love the Isle of Mull in Scotland—for one, it is beautiful. But I also love the roads on Mull. They are all… END_OF_DOCUMENT_TOKEN_TO_BE_REPLACED

Jean Vanier is the 85 year old Canadian philosopher, theologian, and humanitarian who is most known for founding the L’Arche communities. L’Arch (French for “the ark”) began in 1964 when Jean Vanier took two men with disabilities into his home in the town of Trosly-Brevil, France. It is now an international organization operating some 146 communities in 35 countries.

He has quickly become one of my favorite authors. Here are a few quotes from his book, Community and Growth…

“To love someone is to show to them their beauty, their worth and their importance.”

“A Christian community should do as Jesus did: propose and not impose. Its attraction must lie in the… END_OF_DOCUMENT_TOKEN_TO_BE_REPLACED

Your church is better than mine

And I’m good with that.

To me, better isn’t the issue anyway. We’re different. I think we should be.

My church doesn’t do everything well, and it can’t.