I can’t speak for everyone, but I do know this about myself: I’m not particularly inventive when it comes to my picture of what success is.

How do I define success?

I see it on someone else and I want it. Whatever it is that they posses or have attained or are currently doing – that’s what I want.

In fact, I don’t think I’ve ever made a truly unique goal for myself. All my goals have been modeled after someone who was more successful than me.

Does that sound intriguing? Can you picture it?

I’m not just talking about veneer, paint, or decorative touches—used to hide what’s underneath.

We already know that all too well…

Black is slimming, expensive possessions distract from a deep poverty of the soul, the baseball cap nicely covers a receding hairline, bragging keeps those crippling insecurities at bay, the huge truck compensates for a short stature, churchy language keeps people impressed while diverting their attention from the filthy, ever-present stain of sin. It’s all smoke and mirrors.

And it’s not enough. There must be something more.

I think Nicodemus was probably a master of the smoke and mirrors.

He was a Pharisee, a prominent religious leader.

When he saw Jesus, Nicodemus was fascinated.

He wanted what Jesus had.

After some greetings and salutations, Jesus said something that shook Nicodemus…

Unless a person is born from above, it’s not possible to see what I’m pointing to—to God’s Kingdom. (John 3.3 MSG)

Nicodemus saw himself as a Kingdom of God type of man. He had the dress, language, and routine down. He was known. People looked up to him. He was a religious leader.

And now Jesus is telling him, “You don’t even know what the Kingdom is. You’ll never see it until you are re-born—born from above, into a brand new life.”

A brand new life IS possible.

In fact, it’s exactly what God planned and designed for us.

More than band-aids, cover-ups, and veneer, God wants us to be recreated.

In my teen years, when I was using drugs, my bedroom was spotless—neatly organized with everything in its place. Why? To cover. It was a veneer. My hidden life was very different.

I was concerned with keeping up appearances. It made me feel better to have everything look like it was in its right place…

But my heart wasn’t.

I was good at image management, but full of death on the inside.

Better image management wasn’t the solution (though I desperately tried).

I’m so thankful for a brand new life.

No, I’m not perfect now. Far from it, actually.

In God’s Kingdom, He is the Hero. It’s no longer about my image management.

Instead, it’s all about my image being found in Him—having been made new, recreated, and born-again…

Into a brand new life.

That, my friends, is some straight up G, pure Gospel, Good News stuff right there. 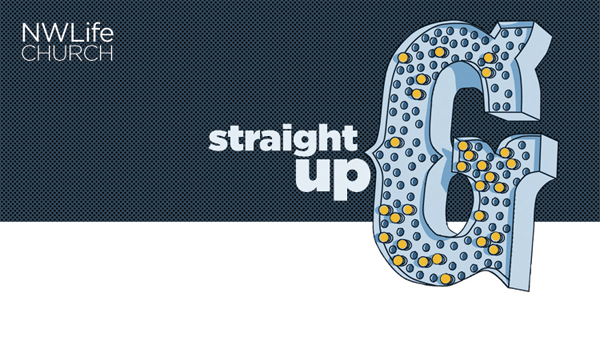